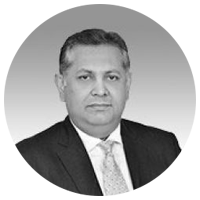 Mr. Mobin has close to 27 years of experience in manufacturing and financial services sectors. Mr. Mobin is a Fellow member of Institute of Chartered Accountants of Pakistan and a member of Institute of Public Accountants, Australia. He has also completed his Chartered Management Accountancy from Pakistan. In 1996, after completing audit training from A. F. Ferguson & Co. Chartered Accountants – a member firm of Price Water House Coopers (PWC), he joined them as Assistant Manager. In 1997, Mr. Mobin joined Engro Corporation and was seconded to Engro Vopak as Head of Accounts. During 2000 to 2003 he was transferred to Engro Chemical Pakistan Limited and worked as an Internal Auditor and subsequently Head of Plant Accounting. This was followed by joining Organon Pakistan as Financial Controller in 2003.

In 2006 Mr. Mobin was part of a group of individuals who successfully concluded the Management Buy Out of Organon Pakistan from Akzo Nobel (Netherlands). From thereon, he played an instrumental role in growth of the group through multiple acquisitions which included Merck Sharp & Dohme (MSD) operations in Pakistan and Sri Lanka in 2008 and 2009, Schering Plough Pakistan business in 2010, AGP and AGP Health care (AGP) business in 2014 and Jannsen brands in Pakistan including the manufacturing facility of Johnson & Johnson Pakistan in 2015.